Glen Cove Student to be Featured in Global Fashion Competition

Natalia wowed the judges last June in the New York City leg of Junk Kouture and advanced to the international final of the global fashion design competition. She will join her teacher LeeAnn Palazzo in Abu Dhabi this January to compete against students across the globe for the title of 2022 Junk Kouture World Designer of the Year.

“The District is so very proud of Natalia for taking her outstanding creation to new heights by competing in an international fashion competition,” said Superintendent of Schools Dr. Maria Rianna. “Natalia is so deserving of this incredible honor and we wish her the best of luck in the finals.”

“Her achievement is a perfect example of what Glen Cove students could achieve when they put their mind to it. We will continue to encourage our students to take their classwork beyond the classroom by participating in competitions like Junk Kouture.”

Junk Kouture empowers artists to use creativity and fashion design as a means of highlighting the dangers of climate change and the importance of recycling and sustainability. Known as the world’s largest sustainable youth fashion competition, Junk Kouture challenges artists from 13 to 18 to create breathtaking outfits out of nothing but recycled materials.

Natalia created Grandstar—an asymmetrical top with a duct-taped dress frame and a cape fastened by paper clips. For the finishing touches, she decorated and painted the outfit with cosmic patterns inspired by the night sky.

Natalia will model and perform for celebrity judges, industry experts and a cheering audience at the Etihad Arena on Yas Island in this year’s host city Abu Dhabi. She will face off against 59 other artists from secondary schools in London, Paris, Milan, the United Arab Emirates and Ireland. Awards will be given in a variety of categories and one artist will be crowned 2022 World Designer of the Year. 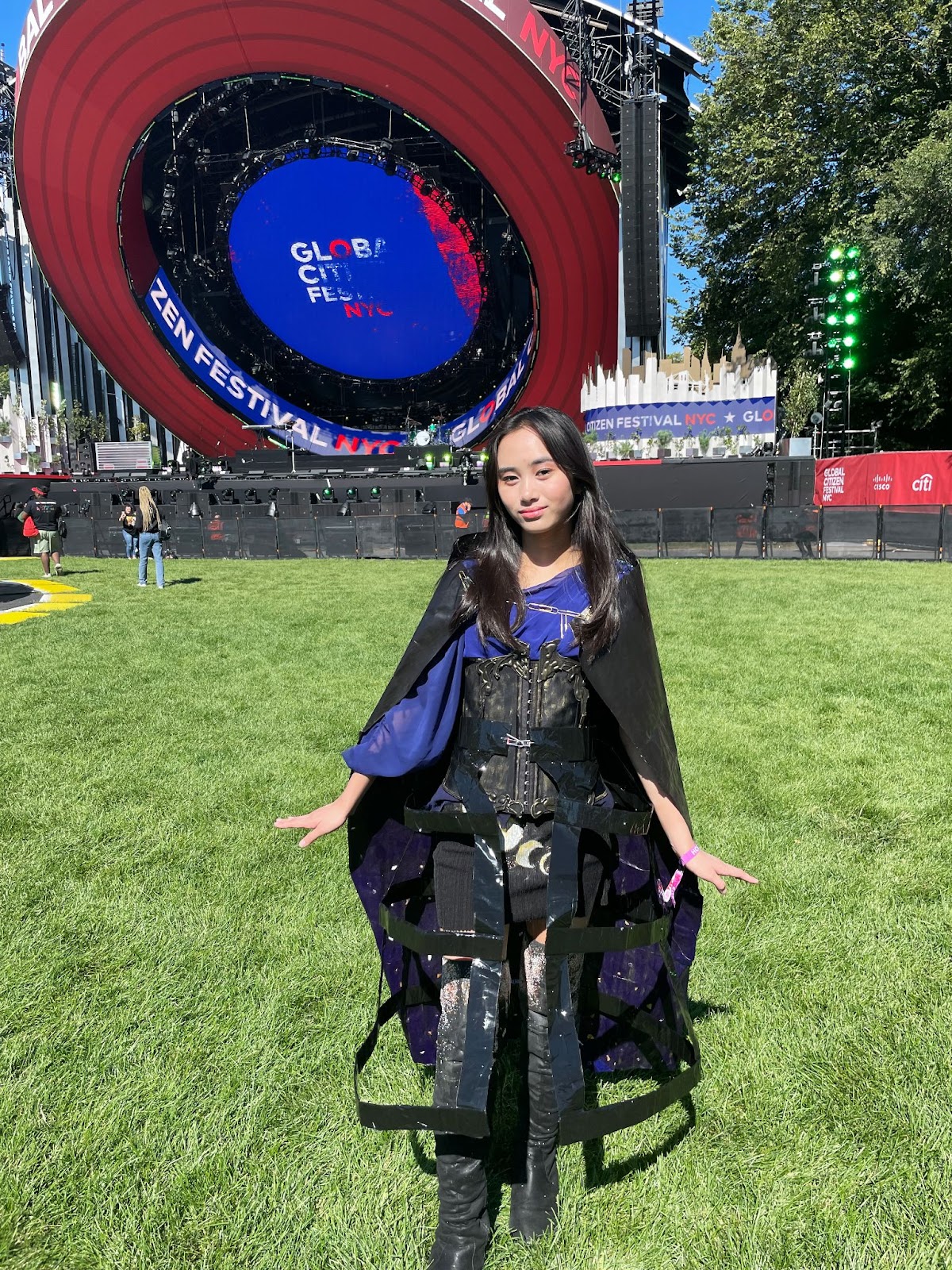 Natalia will be competing for the title of 2022 Junk Kouture World Designer of the Year.

Natalia and her teacher LeeAnn Palazzo will travel to Abu Dhabi this January for the final round of the global fashion competition.